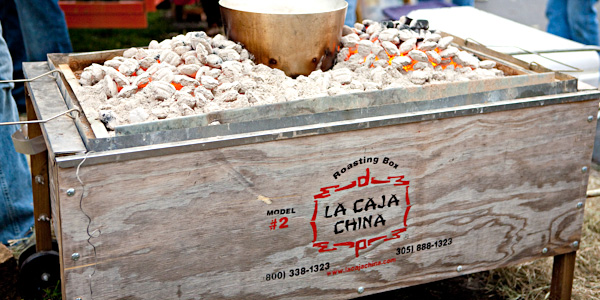 What a run we had this year. We were hot and spicy and had enough fuel to last till the end of the game. Football team did pretty good , too. This past weekend marked the last home game of the University of Texas Tailgating Season. And, what was the cool BBQ find of the day? I’m going to have to go with La Caja China Roasting Box. Doesn’t sound like it’s locally made. Should have been, though. What else screams Redneck Microwave more than this! 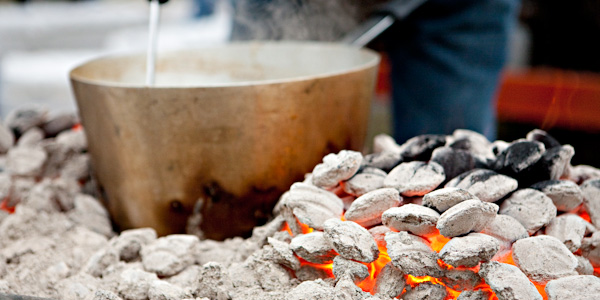 Jay, the owner, explained to me that La Caja cooks meat in a sealed 350 degree environment, with indirect heat (from above). When I stopped by, twelve turkeys were about ready to pop out. He was also taking advantage off all that top heat by simmering some beans. I’m worried that might void his warranty.

What else did I learn? If it’s been raining (it had) and you will be tailgating (you will), go out in the barn and get some hay to bring with you. It helps you from sinking into the mud. Pretty smart.