First off, every bread book should have a puffy cover. This one does. Seriously, it’s puffy.. go ahead touch it. The author is Chad Robertson, owner operator of Tartine Bakery in San Francisco (which is a city in Northern California). He has been baking since he was young. I know this because I realized I have another book, published in 1999, that has a picture of him on the cover. Suffice to say, the guy has been covered in flour most of his life. That’s good news for us, because he knows how to make killer bread and he wrote a book telling us how to do it. 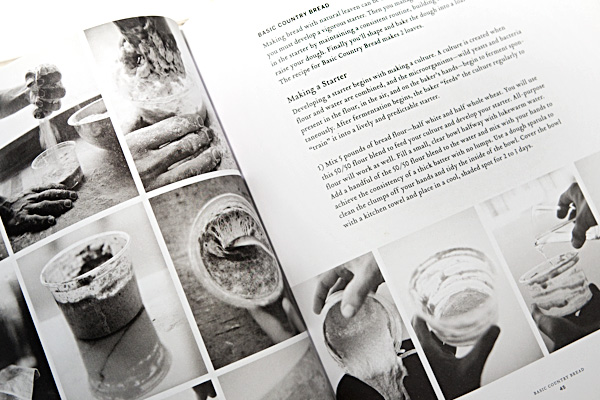 Step by step guide on how to make a basic loaf from starter, bread variations (bagels, pizza, baguettes) and recipes with bread (panzanella, raclette, bruschetta). Awesome book. The puffy cover is just a bonus.